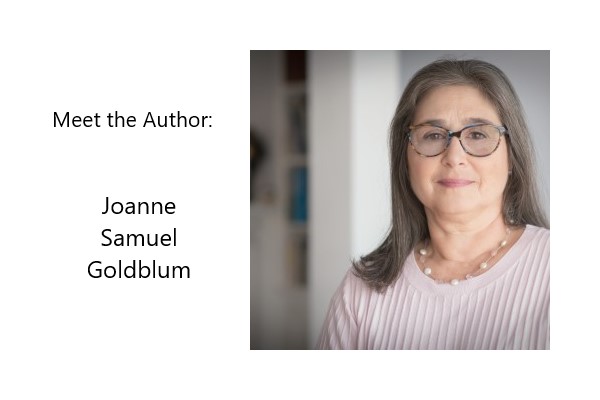 A Talk with Joanne Samuel Goldblum, author of Broke in America

Joanne Goldblum MSW, serves as chief executive officer of National Diaper Bank Network (NDBN), and it the co-author of Broke in America: Seeing, Understanding, and Ending Us Poverty (Feb. 2021, Benbella Books). Joanne is also the founder of The Diaper Bank of Connecticut, formerly the New Haven Diaper Bank, and she serves on the board of directors of FitHaven and Let There Be Light International and Invisible People. Her work has been recognized by NPR, The Nation, Good Morning America, The Huffington Post, Time, People, and ABC World News Tonight, among others.

Water. Food. Housing. The most basic and crucial needs for survival, yet 40 percent of people in the United States don’t have the resources to get them. With key policy changes, we could eradicate poverty in this country within our lifetime–but we need to get started now. Nearly 40 million people in the United States live below the poverty line. Low-income families and individuals are everywhere, from cities to rural communities. While poverty is commonly seen as a personal failure, or a deficiency of character or knowledge, it’s actually the result of bad policy. Public policy has purposefully erected barriers that deny access to basic needs, creating a society where people can easily become trapped–not because we lack the resources to lift them out, but because we are actively choosing not to. Poverty is close to inevitable for low-wage workers and their children, and a large percentage of these people, despite qualifying for it, do not receive government aid. This book is a perfect companion for a social action committee, a congregation wide book club and any Synagogue focused on tzedakah.

Register in advance for this meeting: