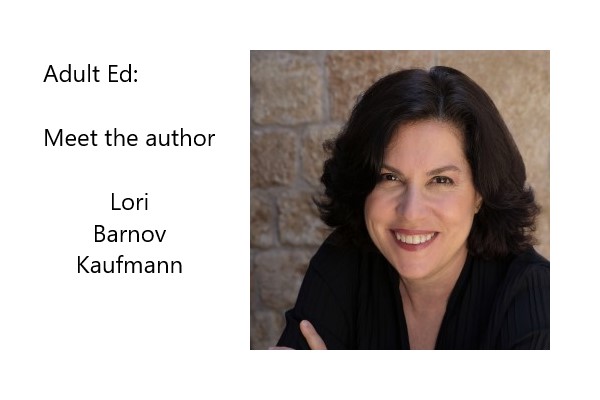 A Conversation with Lori Banov Kaufmann, author of Rebel Daughter

About The Rebel Daughter:

As soon as she learned of the first century tombstone that inspired Rebel Daughter, Lori Banov Kaufmann wanted to know more. She resolved to bring this ancient love story to life. Before becoming a full-time writer, Lori was a strategy consultant for high-tech companies. She has a BA from Princeton University and an MBA from the Harvard Business School. She lives in Israel with her family.

In the first century, the Jews in a small, remote province on the eastern edge of the Roman empire rebelled and established their own state with Jerusalem as its capital. The war of the Jews against the Romans, as the ancient historian Flavius Josephus called it, lasted four grueling, blood-soaked years. At stake was the survival of the Jewish people. Rebel Daughter is based on the unlikely but true story of a woman and a man who lived through this momentous time. The woman’s two-thousand-year-old gravestone was discovered near the Bay of Naples. The stone’s epitaph revealed their ancient love story. This emotional and impassioned saga, based on real characters and meticulous research, seamlessly blends the fascinating story of the Jewish people with a timeless protagonist determined to take charge of her own life against all odds.

Register in advance for this meeting
https://us02web.zoom.us/meeting/register/tZUqc-2spzgtG9ae8Ta-3oeQswiYoLxSS0P-