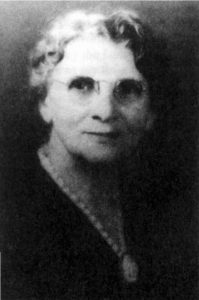 Max and Celia Sadow were the progenitors of four generations of local businessmen in Plymouth and New Bedford. Max Sadow (c1867-1959) was born in the shtetl of Doag, Lithuania. With his brothers, he moved to England where he lived before emigrating to America. His grandson Leon remembers his grandfather having a slight English accent until the day he died. Max came to Boston in 1889, and worked as a peddler, traveling by train selling stationery supplies from Canada to Florida. Siblings Julius and Annie also lived in Boston, in the West End.

In the early 1890s Max married Celia Hirshberg, from Rochester. Celia (c1870-1946) was born in Kovno, Lithuania and arrived in Boston at the age of 15, in charge of her young sister. Her brothers had come several years before, and worked to send for their sisters. Their family moved to Rochester, NY, where they ran a clothing manufacturing business.

Max and Celia moved to Plymouth by 1895, when their first son Philip was born. They lived at 17 S. Russell St, and ran a clothing store at the same location. Soon they were able to afford to buy a house, a sturdy Colonial at 29 Summer St. The store then moved to Market St. According to his daughter’s autobiography, Max was forced to move to another location by his landlord, another Jewish businessman, around 1904. The family moved both store and residence into the building at 40 Court St. In addition to running the store, Max peddled clothing to nearby towns three days a week. Daughter Sue remembered that her parents’ store had the first electric sign in Plymouth, made to order in Boston. Grandson Leon remembers Celia as “a saintly woman,” and an excellent dressmaker. She custom-made clothing for clients of the store. Max was a successful businessman, and made enough money by 1909 to build a four-story building to house the store and apartments at 38 Court Street (later Carlin’s Hardware, now part of Compass Bank). By 1911, Max built his family a new house at 29 N. Russell St. (later owned by the Sterns).

In the early years of the century, the Sadows were joined by Max’s brother, Jacob/Joseph, who brought his wife and sons from England. Jacob commenced working as a peddler. The contrast between well-established Max and newly-arrived Jacob was dramatic. Jewish Plymoutheans referred to them as the rache (rich) Sadow and uremeh (poor) Sadow!

Max and Celia had five children:

Max and Celia moved to Boston in the late 1920s or early 1930s, where Max retired. Phil Sadow lived in Plymouth until he retired to Florida, where he ran nursing homes. He opened the Plymouth Nursing Home on Warren Ave, where Max eventually moved after several years in Florida. While there are no Sadows living in Plymouth, several descendants live in the Boston and New Bedford areas.

*In her lively autobiography Can Do! (Said Sue!), Sue Sadow describes growing up in Plymouth in the early 1900s. The book can be found through on-line used book sites. Her other book, Into Africa is available at the Plymouth Public Library. Thanks to Leon Sadow, Bernard Sadow, and Carolyn Leshin for their assistance with this article.